So most of us were unhappy with the Microsoft Office 2013 licensing scheme, but don’t worry, they’ve changed their mind!

For those of you that didn’t know, Microsoft announced Office 2013 would be licensed to a single machine, not to a single user. This meant the software license would be permanently assigned to the device on which the software was initially activated and you would have to ask Microsoft to transfer the license if you could no longer use that computer.

Fortunately, Microsoft have come to their senses after a lot of negative feedback! They have now reverted back to the equivalent of Office 2010 retail license terms, hoorah!

Microsoft released this statement on their Office blog:

Even though Microsoft have changed their approach to the licensing, it still makes sense to subscribe to your Office products through Office 365 because this allows the user more flexibility with both licensing and upgrades. 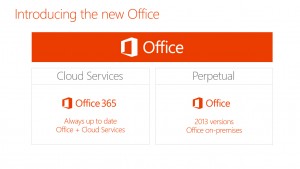