Apple has unveiled iOS 15. This update is for selected iPhones and adds many new features. We put the most most important iOS 15 improvements at a glace for you.

iOS is the operating system that the iPhone runs on. Every year Apple presents a new version, this year version 15. iOS 15 comes via an update to eligible iPhones. This update will be released autumn 2021, probably in September. Until then, you can already install iOS 15 as a test version on your iPhone. Apple will release several beta updates in the near future with improvements and new features. Keep in mind that the iOS 15 beta is not completely stable and not all functions will work properly.

iOS 15 has a new notification bar where your notifications appear. You can set a status – for example that you are studying, sitting in the car or sleeping – and the notifications automatically adjust accordingly. Your status syncs across all your Apple devices, so you can work quietly on your iPad and Mac as well.

You also get to see quick responses to notifications, which you can send with one touch. This way you spend less time with your smartphone. There will also be a do not disturb mode. If you turn it on, others in apps like iMessage will see your status and know that you don’t want or can’t answer right away. In an emergency, they can ignore the mode. Do not disturb mode also syncs with all your Apple devices.

iOS 15 options for your health

Also pay a lot of attention to your mental and physical health. Apple is expanding the capabilities of the Health app to give you more insight into your activity and fitness. If you wear an Apple Watch, you can view even more stats. The collaboration between the iPhone and Apple Watch has been further improved with iOS 15.

The Spotlight quick search feature has also been expanded in iOS 15. You’ll see more information about contacts, for example. In addition, Apple apps will work better together. For example, you can now play music from Apple Music in the Photos app. The Apple Maps app gets new, improved maps with air quality information and more. There will also be 3D maps on which you can estimate the height of buildings and landscapes. The app is also getting a dark mode. 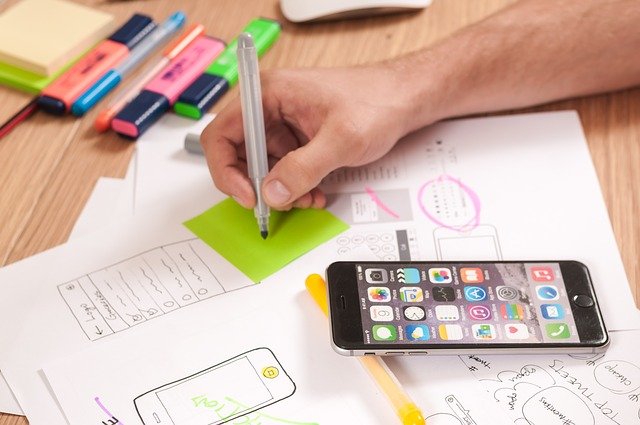 AirPods get smarter with iOS 15

Another handy feature of iOS 15 is that you can find the earbuds better via the Find my app. You’ll get more detailed directions to find them. You will also receive a warning message if your iPhone recognises that your earbuds are left behind somewhere or if you lost them.

You can also set more background noises, adjust how much ambient noise the AirPods (Pro or Max) should suppress and you can indicate that the earbuds should let through important notifications.

Apple is also improving FaceTime, the app for video calling with someone. The audio should now sound more realistic and there is a mode to block out distracting background noise. Also new is Grid View, for group conversations. Everyone is now more clearly displayed.

You can now also make FaceTime calls on Android and Windows. This will makes FaceTime more suitable for groups and more accessible. You can also play music in Facetime, where the music sounds from everyone’s speaker at the same time. It is possible to create a shared playlist, to which all participants can add music.

Instead of music, you can also watch a movie, TV show or documentary together. For this feature, Apple partners with well-known video services, including Disney+, HBOMax, and TikTok however not (yet) Netflix. The video sharing feature only works if both participants have an Apple device.

Which iPhones are suitable for iOS 15?

The iOS 15 update is expected to be available for the iPhone 7 (Plus) and newer. Think of the iPhone 8, Xs, 11 and 12. iPhones that are already (at least) five years old are unlikely to get an iOS 15 update. Apple stops the version updates for the iPhone 6S (Plus) and original iPhone SE. Those will be using iOS 14. The iPhone 13 series will be released this autumn, which will run on iOS 15 out of the box.