Impact of Brexit on Tech Sector

On 31st of January 2020 the United Kingdom has officially left the European Union. However there are still a lot of uncertainties when it comes to future relationships with the European Union. What will Brexit mean for the tech sector based on current facts? What will the impact of Brexit be on the British IT sector?

The general feeling is that British companies will feel more comfortable dealing with British tech businesses. This is based on the fact that in general IT work involves a lot of data and the future legislation relating to data are far from agreed. However European IT companies are preparing for that. A lot of organisations from the European Union have made an application for a permit to keep operation from the UK after Brexit has been completed.

Brexit challenges for the tech sector

The trickiest part of Brexit is that it is still unclear where we stand. Nothing is much clearer than it was for example three years ago. Nobody really knows what will be negotiated at the end of 2020. However companies are preparing for Brexit. As stated above a lot of tech organisations have made applications for a permit to keep trading in the UK after Brexit. This means they will have to set up office in the UK.

In general companies are waiting for the future and are preparing for different scenarios. There is a lack of clarity about the consequences of Brexit for import and export. For example European hosting companies will set up a hosting infrastructure in the UK and British companies will do the same in the European Union. That means that customers can be served from a local hosting system which prevents problems with data legislation. 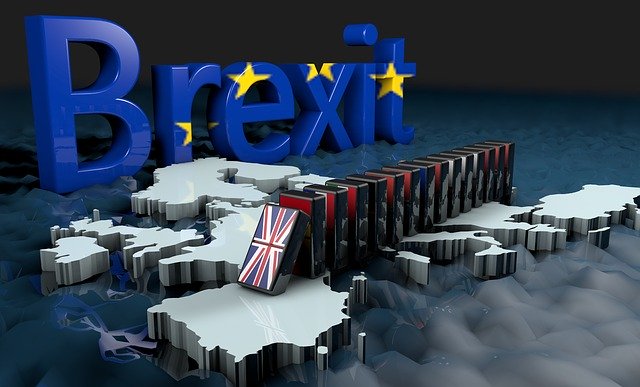 Brexit opportunities for the tech sector

However Brexit also offers great opportunities for British IT companies. Organisations based in the UK will look for local based IT companies for their IT services. This means a bigger market for the UK tech sector which is always positive. There are also other advantages for UK tech businesses in relation to currency and data legislation. As stated before businesses from the EU will try and keep a share of the market but it will be more difficult for these businesses to keep trading to the same level as before.

We have mentioned it before and it will probably be one of the biggest changes for the UK tech sector: data legislation. Currently the UK and EU use GDPR. It is not known yet if the UK will adopt GDPR after Brexit. In order to exchange data from the UK to the EU and vice versa we can assume that the data legislation will have to be of a similar standard.

In the event of a hard Brexit, which can still happen as we are only in a transition period, at the end of the year IT companies with a UK infrastructure will have a great advantage over EU based companies. This will prevent dealing with complicated data transfer legislation.

Even though there are still a lot of uncertainties around Brexit it is important that your organisation keeps investing in IT infrastructure to keep up with demand and development. At Tech-Wales we provide excellent business IT services and cloud computing services to prepare your business or organisation for any outcome of Brexit. Do not hesitate to contact us to discuss.